Taking Flight… twenty-one Norwegian-born White Tailed Eagle chicks were released into the wild at the four Munster sites - on the Shannon Estuary, Lough Derg, Waterford and in Killarney National Park (pictured). It is hoped they will bolster Ireland’s existing White-Tailed Eagle population.
The chicks have been kept in purpose-built enclosures at the four locations while they grew, matured, and developed the feathers and muscles necessary for flight. They will continue to be carefully monitored and by NPWS staff leading the collaborative reintroduction programme, which began in 2007. The satellite tags will allow the project to monitor their progress and their integration into the existing Irish breeding population. Photo: Valerie O’Sullivan/ FREE PIC*** 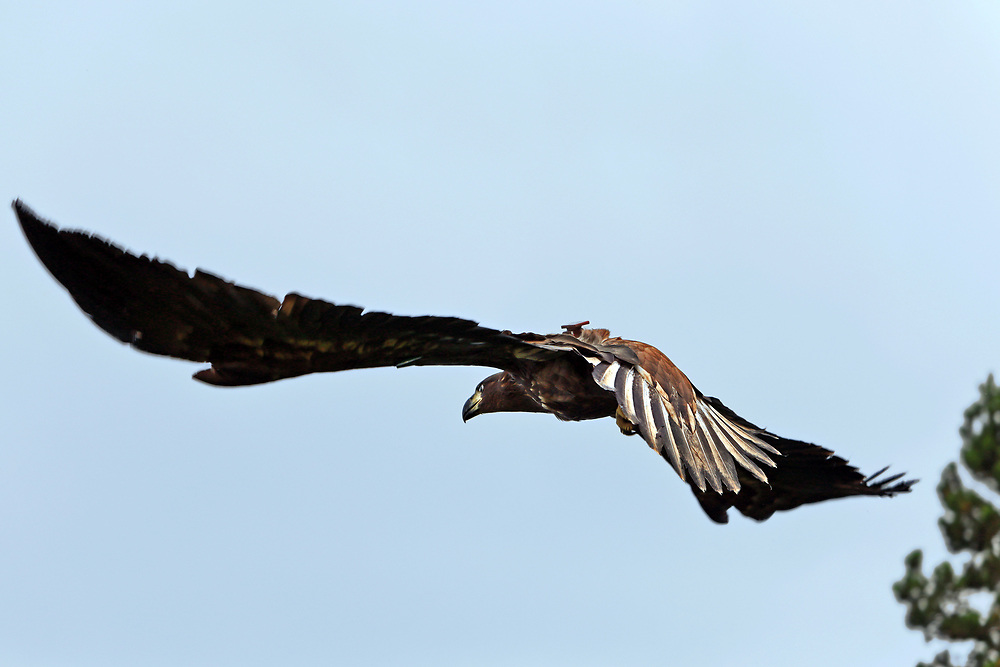